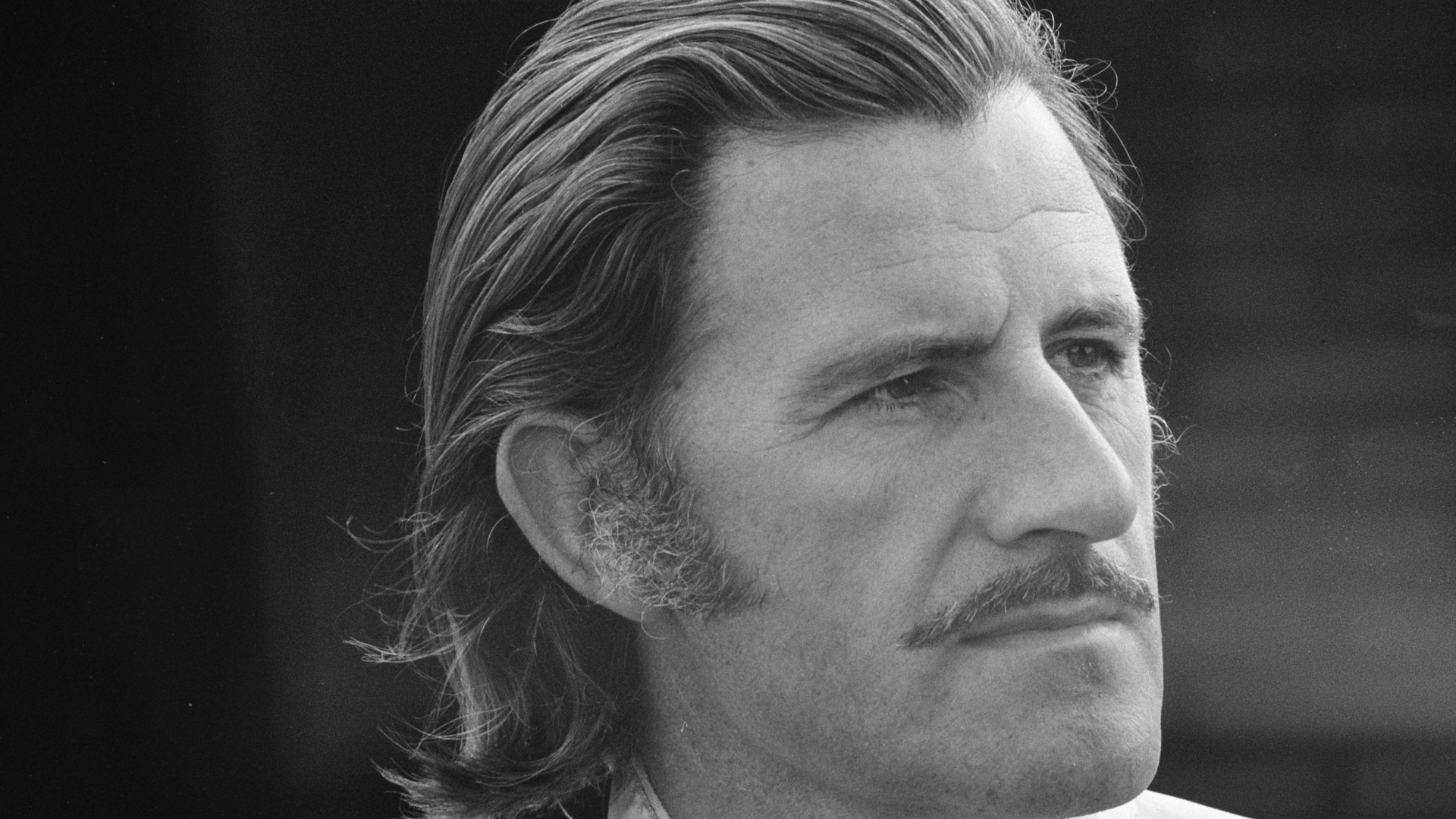 Posted on 19th November 2019 at 12:00
Graham Hill is an important piece of Formula One and Motorsporting history. A driving force towards making the sport a safer and more competative environment for all. Collaborating with companies such as Lotus and Barbham to bring his ideas to life, and to set an example for the future. 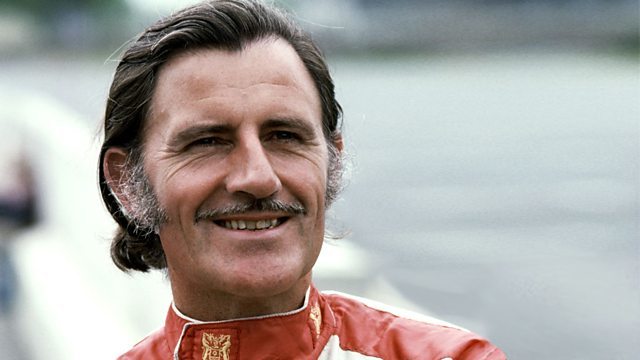 Graham Hill is no unfamiliar name in the motor racing industry, with two Formula One World Champion Titles to his name it's no surprise that he is an iconic legendary figure for the sport.
Despite proving himself in later years, his early driving career wasn't so easy for him. He didn't pass his driving test until 24 years old and described his first car as a "wreck" but also advised that other budding racing drivers should own such a car "as it teaches delicacy, poise and anticipation, mostly the latter I think!"
Prior to all this Hill's main interests lay within Rowing spending several years actively involved in rowing as a member of the Southsea Rowing Club, while stationed in Portsmouth with the Royal Navy and at Auriol Rowing Club in Hammersmith.
This is where he was to meet his future wife Bette at a Boxing Day party at Auriol and, while courting her, he also coached her clubmates at Stuart Ladies' Rowing Club on the River Lea.
They would then go on to marry in 1955 however she had paid for the wedding as Hill had spent all his money on his racing career.
They had two daughters in later life Brigitte and Samantha, and a son, Damon, who himself later became Formula One World Champion—the first son of a former world champion to emulate his father.
Making them the only father and son duo to have ever both possesed the title of World Champion.
In 1960 he joined British Racing Motors (BRM) to go on and win in that year as well on the 8th May 1960 then going on to win his first World Champion title in 1962 with BRM. Hill was part of a movement coined as a "British invasion" of drivers in the Indianapolis 500 during the mid 1960's.
In 1967 at Lotus Hill helped to develop the Lotus 49 with the new Cosworth-V8 engine. 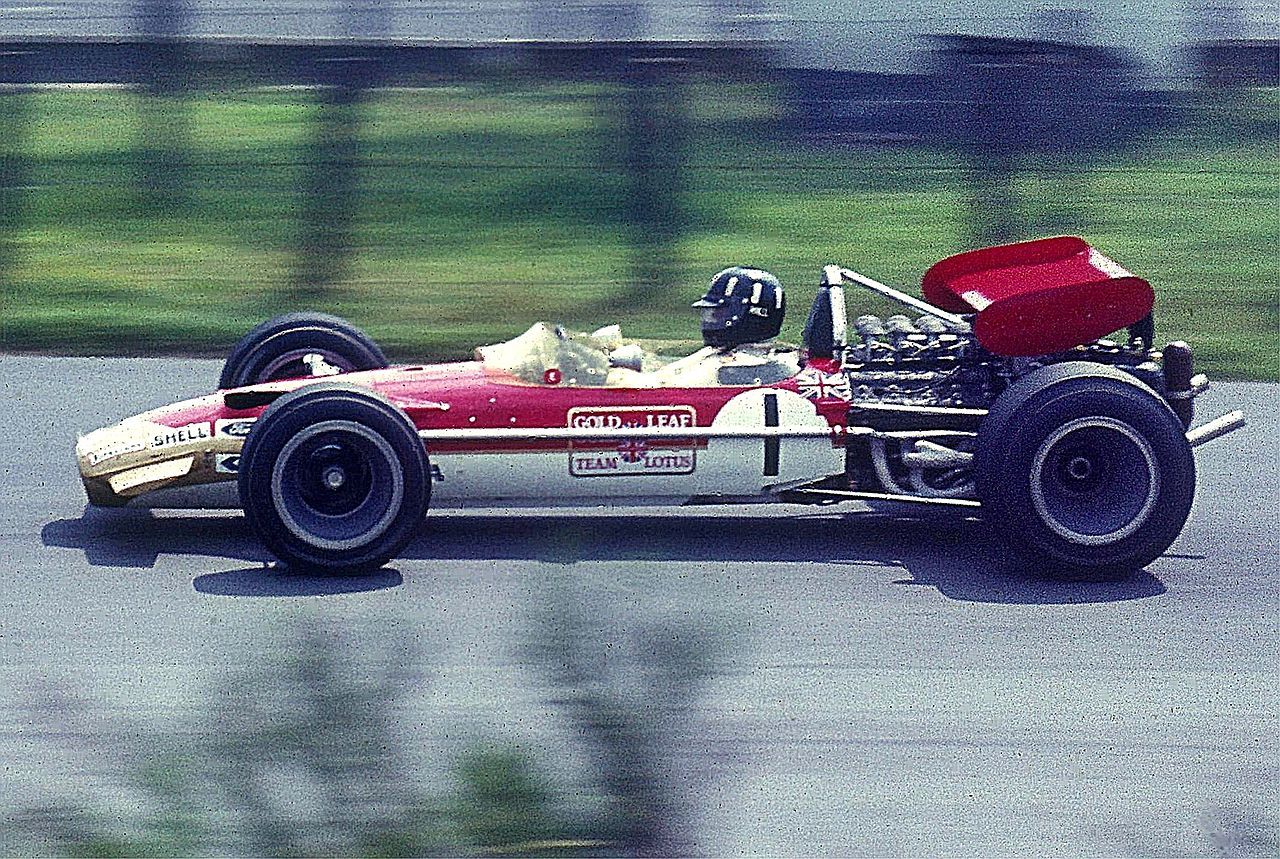 This was after his teamamtes both Jim Clark and Mike Spence were killed in aro1968. Hill led the team, during 1968 winning his second world championship. Lotus had a reputation of being very fragile and dangerous at the time. 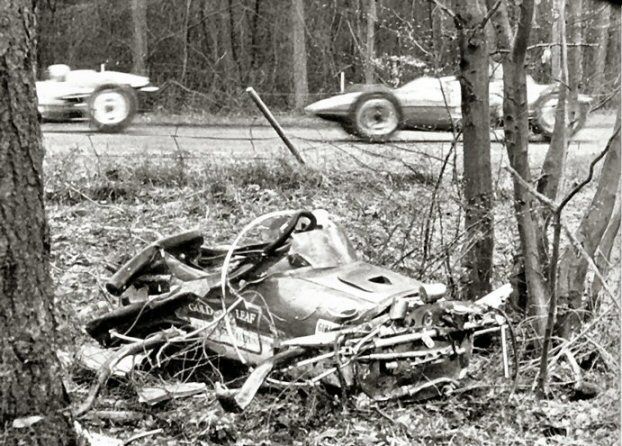 This was mainly due to aerodynamics aids which had caused similar crashes at the time including one of Hill and Jochen Rindt at the 1969 Spanish Grand Prix. 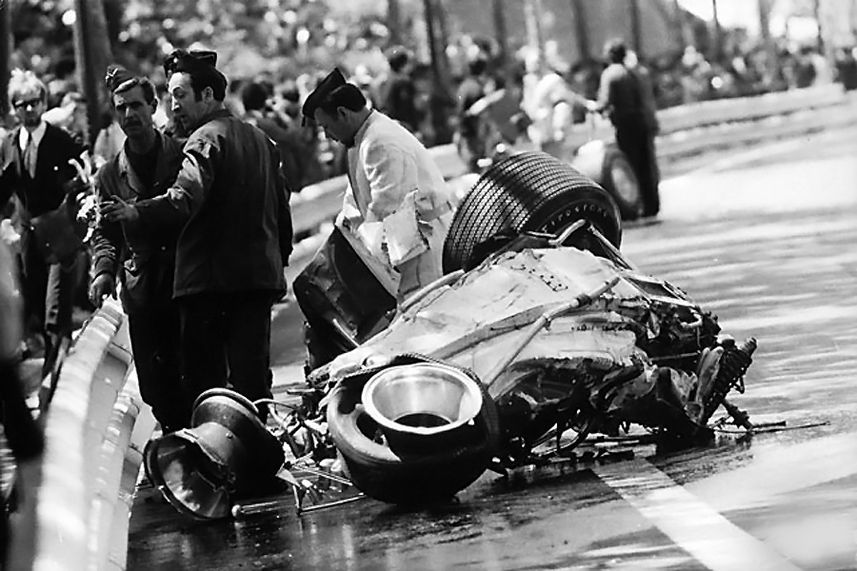 A crash at the United States Grand Prix in 1969 interrupted Graham Hill's career as he broke both his legs. Typically, when asked soon after the crash if he wanted to pass on a message to his wife, Hill replied "Just tell her that I won't be dancing for two weeks."
Upon recovery Hill continued to race in F1 for several more years, but never again with the same level of success.
Cole Chapman, founder of Lotus still believed in Hill at the time and felt it was suitable to place him in Rob Walker's team for 1970 sweetening the deal with an all new Lotus 72.
The same model of which we are currently selling on our website as seen below.

Despite Hill scoring points in 1970 he was far from fit, and the car shared similar issues with Graham at the time. The 72 was not fully developed until late in the season.
For 1971 - 72 Hill moved to Brabham, this would in fact be his last win in Formula One in the non-Championship International Trophy at Silverstone in 1971 with the "lobster claw" Brabham. 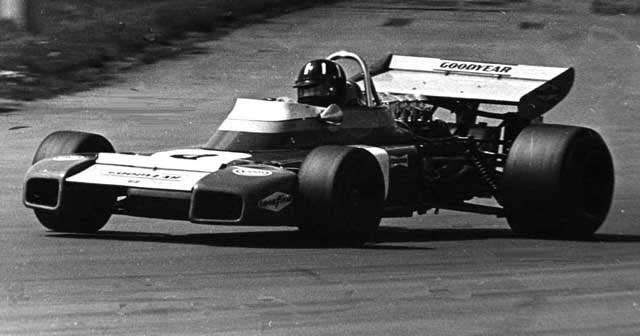 He become a well loved TV personality and never turned down to an interview, becoming well known for his wit that can be seen in various interviews and in his autobiography "Life at the Limit" that he wrote whilst recovering from his 1969 accident.
Hill was also involved in film-making showing apperances in 4 seperate films between the years of 1966 and 1974 in films such as Grand Prix and Caravan to Vaccarès in which he made a surprising apperance as a helicopter pilot, a clip of which can be seen below. 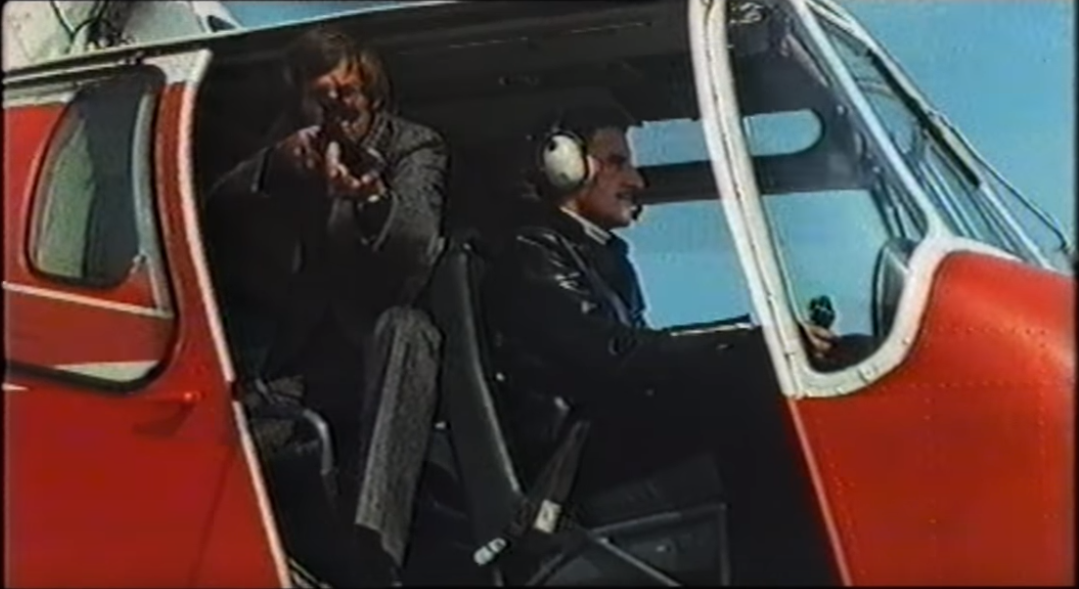 In 1973 Hill set up his own racing team, one that went by the name of "Embassy Hill" with sponsorship from Imperial Tabacco.
This team used chassis from Shadow and Lola before evolving the Lola into its own design in 1975. After failing to qualify for the 1975 Monaco Grand Prix, where he had won five times, Hill retired from driving to concentrate on running the team.
Everything was going well for Hill up until one foggy day on the 19th November 1975, where Hill at the controls of of his Piper PA-23 Aztec twin-engine light aircraft crashed near Arkley, Hertfordshire, while on a night approach to Elstree Airfield. 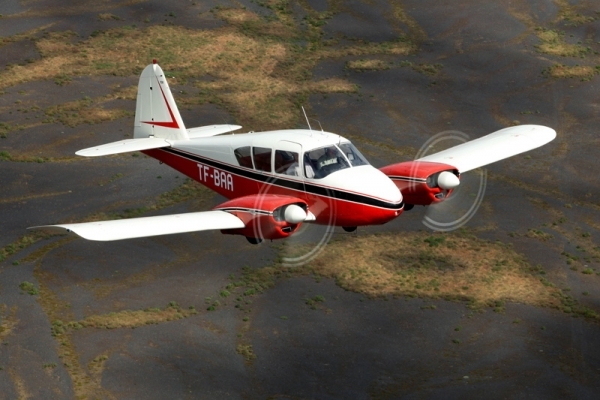 This crash was fatal to Hill and all those involved, which included other members of the Embassy Hill racing team including manager Ray Brimble, mechanics Tony Alcock and Terry Richards, driver Tony Brise, and designer Andy Smallman.
The team were returning form a car testing session at the Paul Ricard Circuit in southern France. 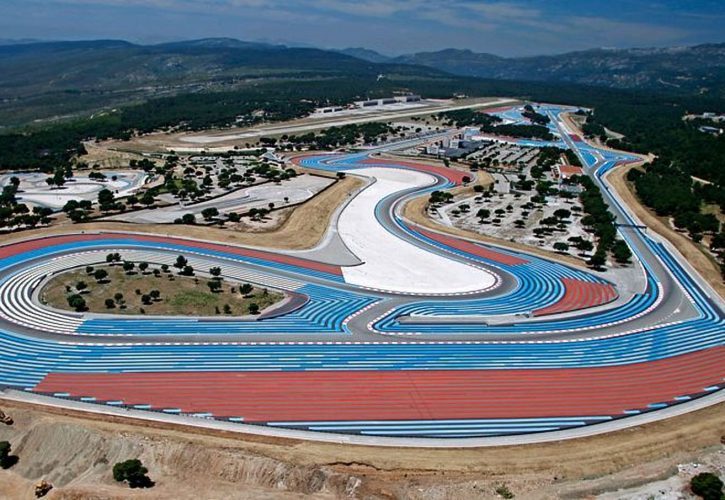 An investigation after the crash had revealed that Hill's aircraft originally registered in the US as a N6645Y had been removed from the Federal Aviation Administration (FAA) and at the time of the incodent was registered as "unregistered and stateless" despite still displaying its original markings. 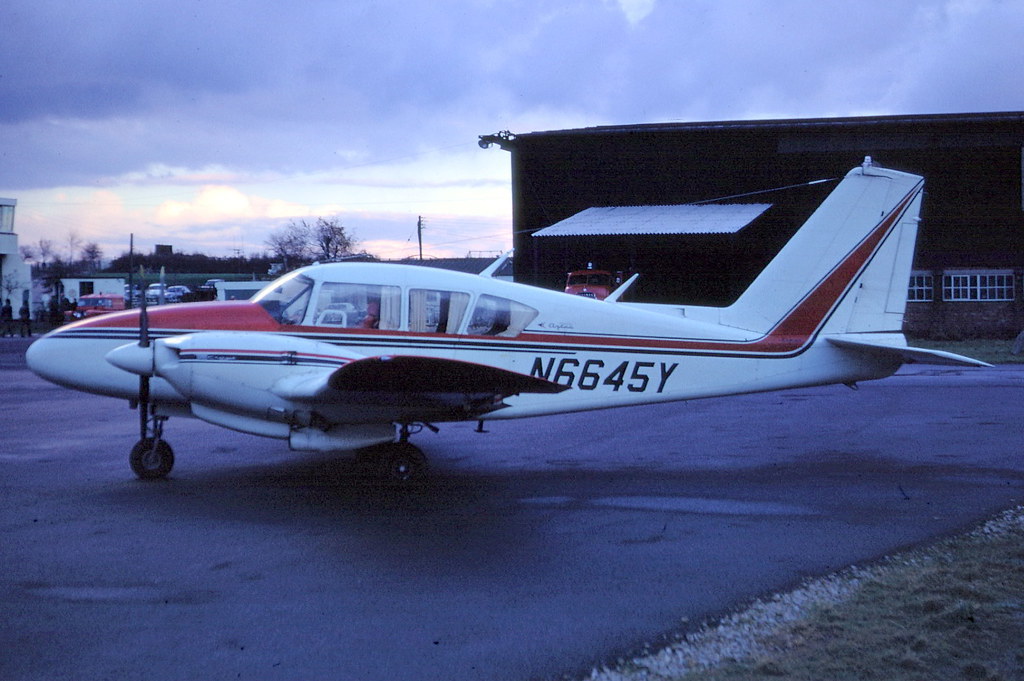 Furthermore to this, Hill's American FAA pilot certification had expired, as had his instrument rating. His UK IMC rating, which would have permitted him to fly in the weather conditions that prevailed at the time, was also out of date and invalid.
This resulting in Hill effectively being uninsured. The investigation into the crash was ultimately inconclusive, but pilot error was deemed the most likely explanation.
Hill's funeral was held at St Albans Abbey, and he is buried at St Botolph's graveyard, Shenleybury in Shenley, Hertfordshire. 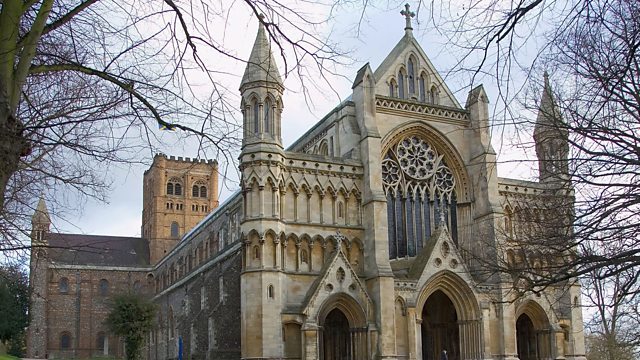 After his death, Silverstone village, home to the track of the same name, named a road, Graham Hill, after him and there is a "Graham Hill Road" on The Shires estate in nearby Towcester. Graham Hill Bend at Brands Hatch is also named in his honour. A blue plaque commemorates Hill at 32 Parkside, in Mill Hill, London NW7. 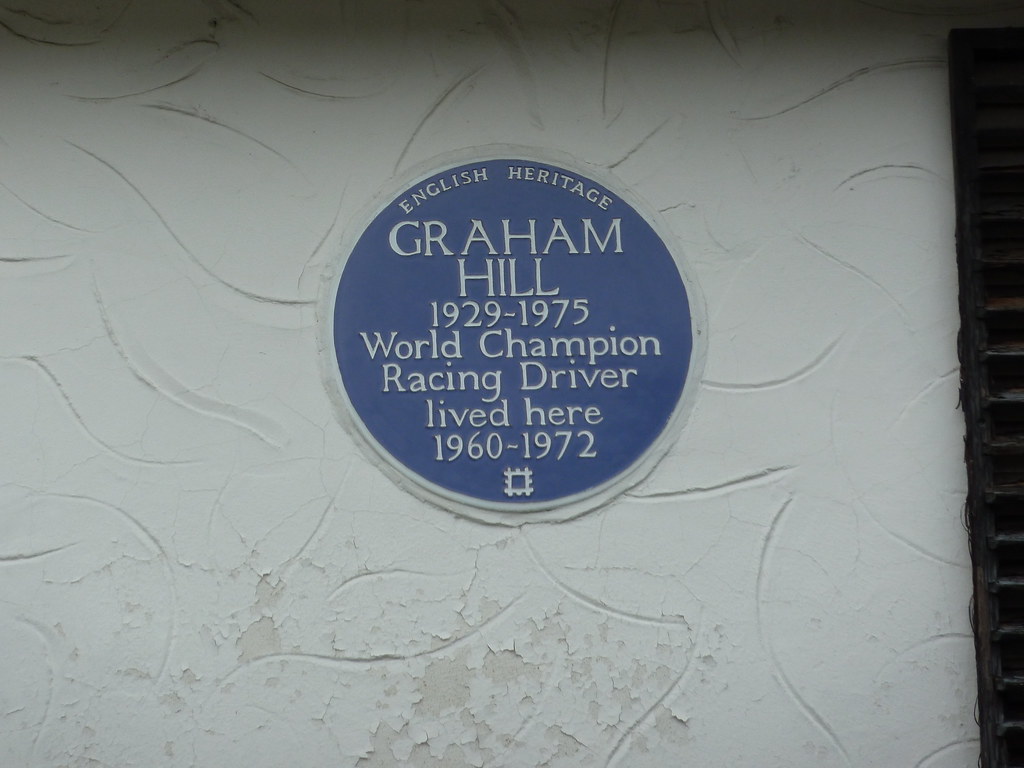