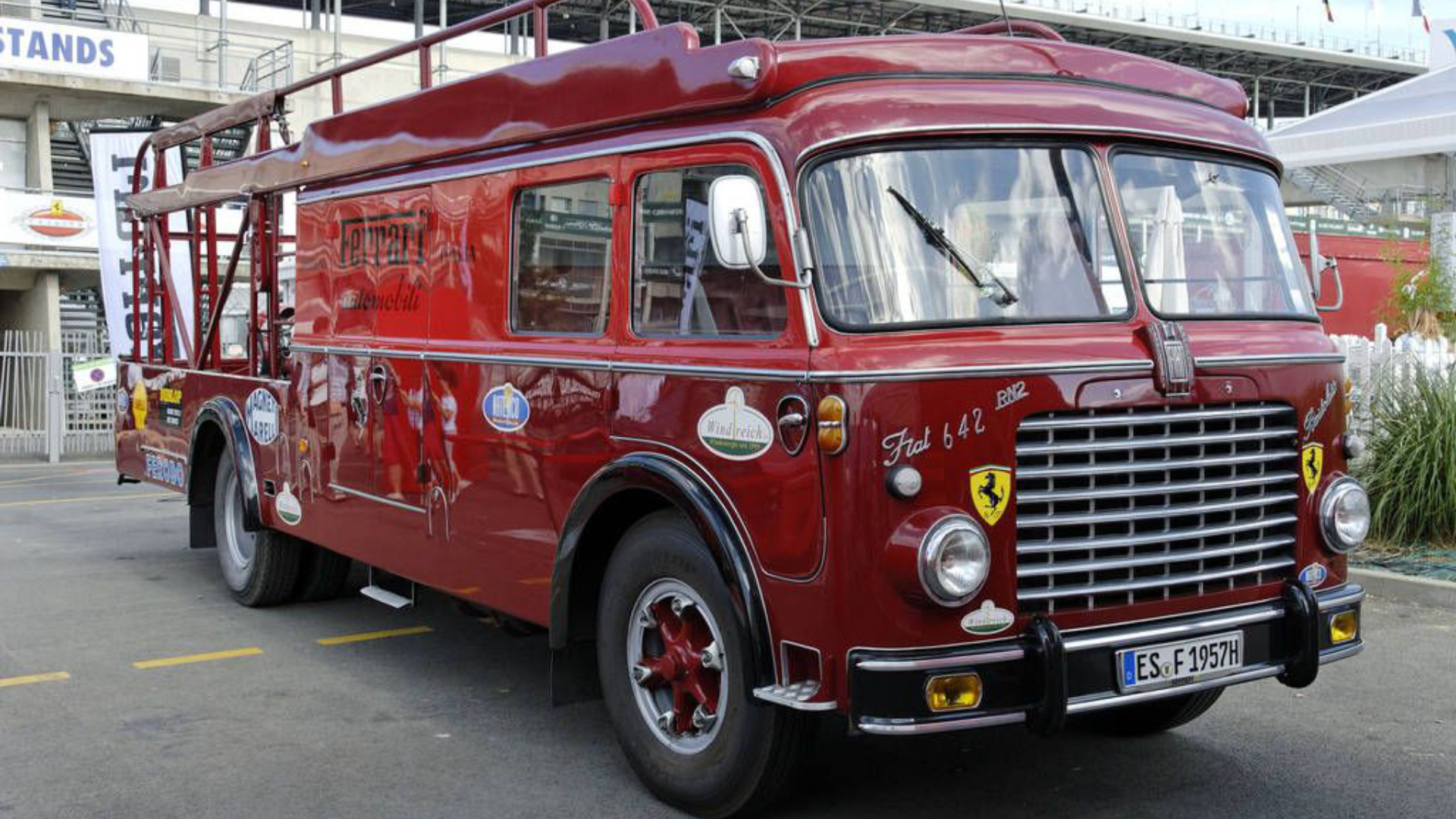 Posted on 5th February 2020 at 12:00
The Fiat 642 RN2 Bartoletti Transporter was a turning point for the 1950 Formula One season, now you can learn more about the legacy of this amazing transporter and how it was lost and found.
During the mid-1950’s Ferrari ordered a pair of 642 RN2 Alpine bus chassis from Fiat that were delivered to Carrozzeria Bartoletti in Forli. Just an hour away from Modena, a company that had specialized in the manufacture of coaches for football teams and other sports organizations.
The racing teams of Scuderia Ferrai and Scuderia Maserati had realized that they need an appropriate means to transport their race cars to European racetracks and back to their headquarters. 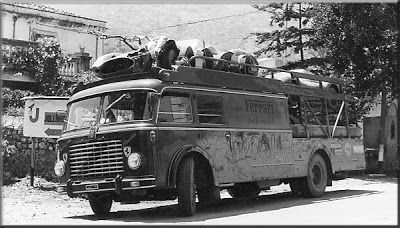 There was a total of four built by Bartoletti in 1956 of which the two spent their time transporting bodies from Scagletti in Modena to the final completion of Maranello. The other two were available for the race team.
In 1988 this magnificent model was found in a shed near Cremona, Italy in very bad shape; only the engine worked properly, but the body had been attacked by rust. The truck was bought by an American collector in 1988 and was restored. 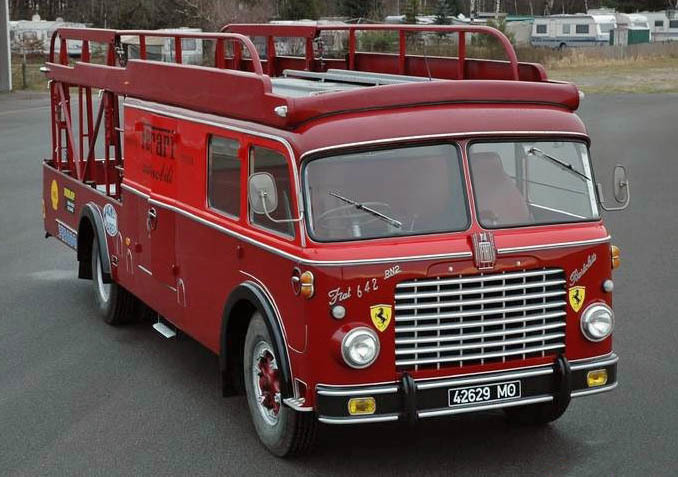 In a video below from SUPERCARCLASSICS you can see a video of the Fiat 642 RN2 Bartoletti Ferrari Transporter loading some of the original Ferrari race cars from the 1950s onto the truck itself, how it originally would have been operated.
Share this post: