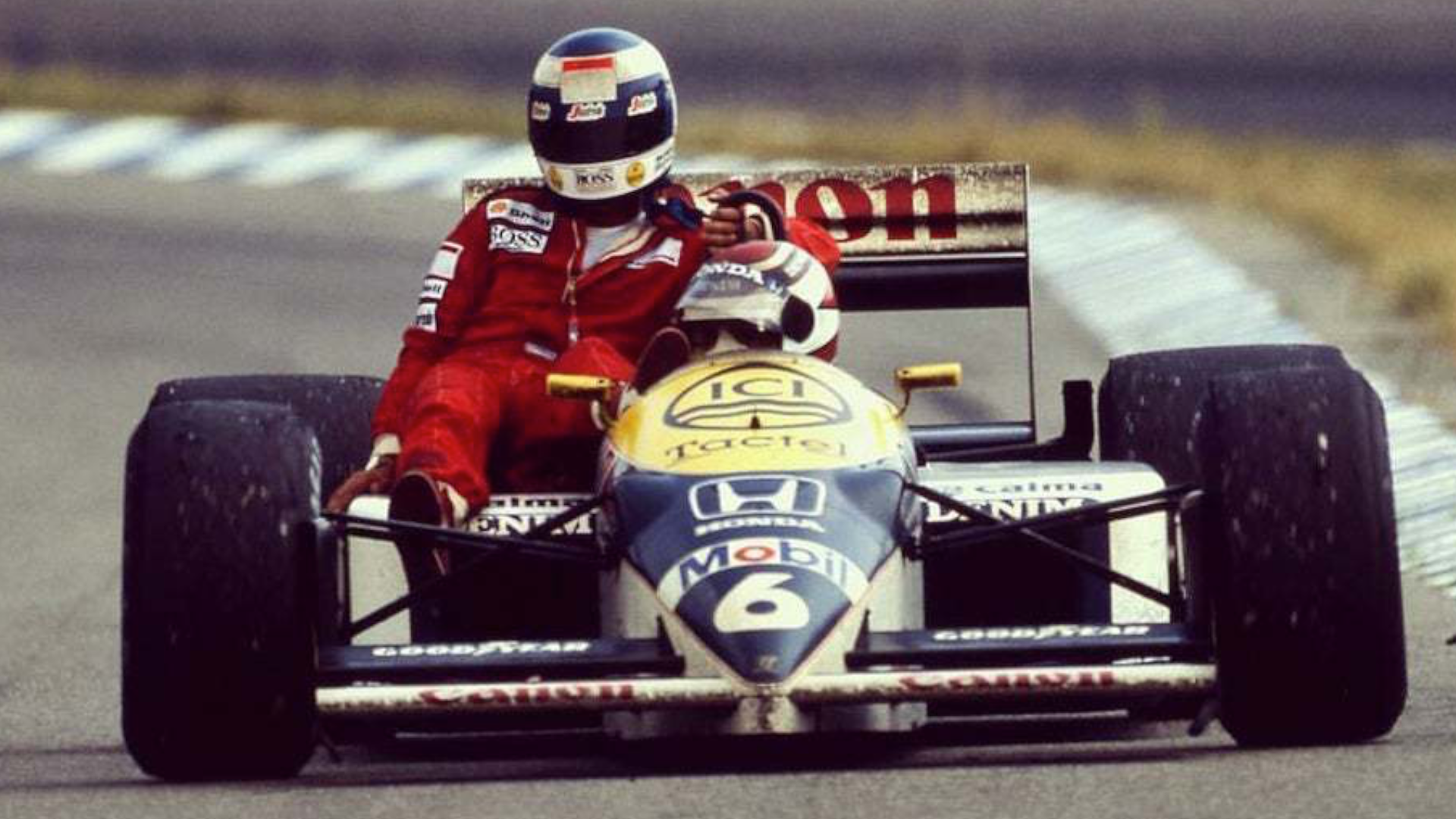 Posted on 2nd October 2019 at 12:00
During the German GP of 1986 a lot of racers started to run out of fuel towards the end of the race, due to tight fuel limits. Included in this list was that of Keke Rosberg. A driver who just prior to the race had announced his retirement at the end of the season...
One can only imagine the amount of frustration Keke Rosberg felt when his car finally ran out of fuel on his final lap and came to a grounding halt on the final straight whilst he was in second place just behind Nelson Piquet, who had cleverly reduced his Honda's engine boost in an attempt to use less fuel towards the end of the race as he was also running out of fuel.
Ayrton Senna's Lotus also happened to run out of fuel during the raceas the Frenchman decided to get out of his car and attempt pushing the car over the finish line, a mark of determination that was applauded by the audience, however unsuccessful.
Nelson Piquet was no stranger to giving other drivers a lift, especially during 1986 as is shown in the video below during the Mexican GP where he gave a 3-man taxi lift to Stefan Johansson, Rene Arnoux, and Phillippe Alliot after they all ran out of fuel during the race. Some could say that this was Piquet's "signature" during the year of 1986.
Share this post: